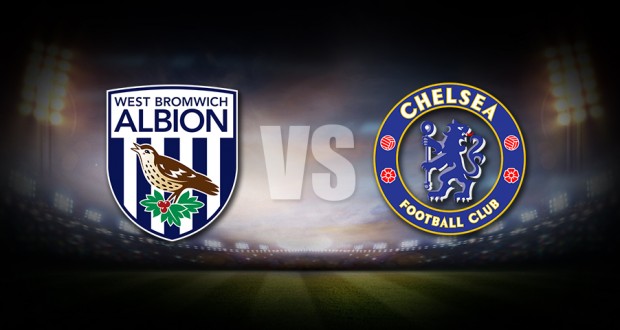 Chelsea seek 6th straight home win in the Premier League, as they take on a team that caused plenty of headaches over the last few years

Chelsea are on the verge of crossing another psychological threshold and the prospect of putting more than 10 points between them and the most dangerous rivals is electrifying. Southampton sit in the second place, but it is Manchester City that the Blues fear most and their rivals are 8 points behind. With both teams facing easy opponents this round, Mourinho can’t afford to lose points and will throw everything he’s got at West Brom.

Mourinho is famous for his pragmatism and uncanny ability of winning games by a narrow margin when needed. Chelsea have steamrolled past their opponents in the Champions League, but with the upcoming match against Schalke 04, the main priority is to avoid injuries. Drogba and Diego Costa are expected to feature upfront and both of them are preferred by punters considering the first goal scorer market.

Costa has scored a massive 10 goals already and is the top favourite to score first, but he is prone to injuries and is expected to be replaced in the second half. Didier, on the other hand, is deadly in front of the net, but only scored twice this year and is no longer in his prime, which also makes him a candidate for a substitution at half-time. It all depends on how Chelsea tackle the first 45 minutes and whether they take an early lead or have to continue the siege against West Brom.

The visitors have low expectations ahead of this fixture, knowing that Chelsea have not lost in the Premier League in the last 14 rounds. Overall, their undefeated streak spans over 19 games, so West Brom will be travelling to Stamford Bridge, trying to defend the scoreless draw. Manager Irvine is not happy with his team’s defensive performance, as West Brom allowed 2 goals per match in 5 out of 6 games, so he will be using a 5-4-1 starting formation.

Saido Berahino is the most prolific striker in their squad with 7 goals in 11 games and the only player to be used upfront. Saido is on a scoring spree with 5 goals in the last 6 games, but he will find himself stranded in the offensive and will need to make the most of the few scoring opportunities.