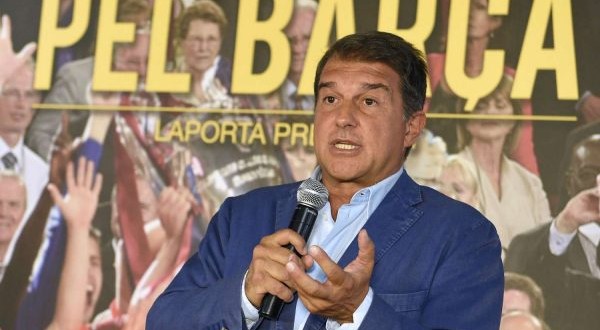 Former Barcelona president Joan Laporta believes that it is precisely the Catalan club responsible for postponing the showdown against Real Madrid in what will be El Clasico’s first of this season.

The Spanish Football Federation’s Racing Committee has confirmed that the match between Barcelona and Real Madrid, scheduled for October 26, has been postponed to December 18, due to the tense situation in Catalonia.

A major rally is scheduled to take place in the city of Barcelona on October 26 – just the day that the Barcelona club had their biggest rival, Real Madrid, at the Camp Nou.

Tensions in the Catalonian region have been fueled by a controversial Spanish court ruling to jail some of the movement’s political leaders for Spain’s independence from Spain and for their role in the 2017 referendum on the issue.

All this has prompted the Royal Football Federation of Spain (RFEF) Racing Committee to request a postponement, a request both clubs have accepted and they have agreed to the match on 18 December.

Laporta, who was president of Barcelona between 2003 and 2014, believes the match should have been as planned, and he believes the Catalan club is responsible for postponing the show.

“Yes, I would have allowed that game on Saturday because if Real Madrid wanted to play, then I don’t see any problem,” Laporta said.

Barcelona made a mistake because they criminalized that move and put politics before a football match, which always has political connotations. It has always been so. “