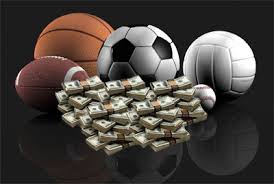 SPORTS BETTING: THE MORE YOU WORK AT IT, THE MORE FUN IT CAN BE

It all looks so simple. Manchester United are at home. They are going to win. And probably by at least two goals.

Er, hang on. Haven’t they been out of sorts lately? Isn’t their defence leaking like a three-century-old dam? Isn’t Rooney suspended?

In theory, it’s straightforward. In simple terms, a punter is putting his money on the outcome of an event. The next important decision, once the selection has been made, is how much to wager.
Theory, however, does not always make a smooth transition into reality.

The process you go through before placing a bet can be complicated business. Take the example of the Manchester United game we have already mentioned.

Form can be crucial when it comes to making your final decision. United may be at home, but they have lost their last three games at Old Trafford, while the visitors won their last away game.Their opponents are 11th in the Premier League table, while United are third. Bookmakers will make undoubtedly make United favourites because they have home advantage and are better-placed in the league.

But you, the punter, may regard the visiting team as a more appealing option because of the recent form of both teams. And the fact Rooney – still one of their best players – is missing.
So it’s time to second guess yourself. What is the significance of the game? Is it a final? Is it a tournament? An-end-of-season game? What is the history between the two participants?

Generally speaking, it is wise to take time and examine what it is that you are placing a bet on.

Betting blind on sport can be a risky business.

Shrewd and experienced punters know the right bet for the right moment, but the rookies among us may have difficulty when presented with so many options.
The most uncomplicated bet to place is predicting the outcome of an event or match. Team A to beat Team B, for example, or you can opt for a draw if betting on football.
In sports such as tennis the draw is unavailable as one player has to win. Then we have Asian handicaps, which also eliminates the draw as the purpose of the bet is to predict the margin of victory for a player or team.

So you’ve done your study and your homework. You are happy in your own mind as to who is going to win.

And then you see the odds.

The odds provided by bookmakers are an indicator of how likely – or unlikely – an outcome will be. The lower the odds (2-1, for example) the more likely it is to win.
Higher odds, however, (25-1) represent a much more unlikely chance. The odds can dictate how much a punter will stake – lower odds require a higher stake for more returns, while higher odds mean the reverse. It’s not easy. But where would be the fun if it was?