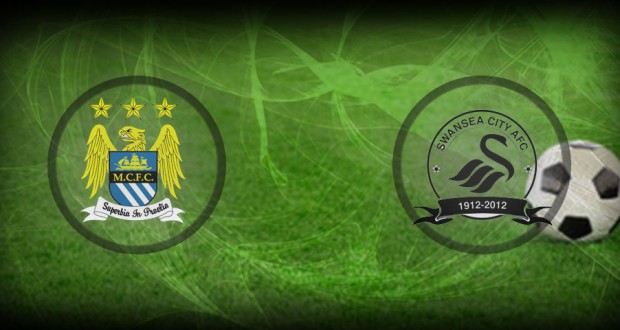 Manchester City is struggling in all competitions and they need to end the slide with a comfortable victory over Swansea this weekend.

The downswing began with the immensely frustrating 2-2 draw against CSKA Moscow, in a match that Manchester City dominated from start to finish. Nothing went their way since that match and they are on the verge of being eliminated from the Champions League. They trail Chelsea by eight points and any false step would make it virtually impossible to close the gap, so anything but a convincing victory over Swansea would spill disaster.

Home pitch advantage has always been important for Manchester City, but against Swansea it is downright essential. In five head to head games so far, the hosts prevailed every single time and outscored Swansea by 14 goals to 1. This explains why the visitors are overly cautious ahead of this fixture and are willing to use a starting formation featuring five defenders and just one striker.

If  truth be told, they don’t have too many options upfront anyway, with Bony being their top scorer this season. He defeated opposing goalkeepers on four occasions and will spearhead the offensive, while newly acquired Gomis will probably start on the bench once again. On the bright side, the goal scored against Arsenal last weekend keeps him in the cards and if the match takes a turn for the worse, he could join Bony upfront.

Manuel Pellegrini is not going to get too much lenience from fans and management alike, unless he finds a way to get Manchester City back on track. A single victory in the last five games is hardly satisfying for a team that aspires to win the Premier League once again. The one that was expected to be the best starts in team history is on the verge of turning into a train wreck and the most recent 2-2 draw at Queens Park Rangers sent shockwaves back home.

There are voices who say that the starting formation is not offensive enough, despite the fact that Sergio Aguero is a prolific scorer and defeated QPR twice earlier this month. Punters can consider him for the first scorer market. Bookmakers offer odds of 2.50 for this outcome as compared to 3.50 for Bony to score at any tim