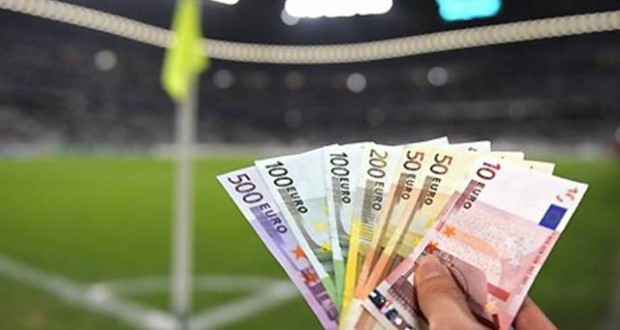 Times have changed. There used to be a time when horse racing was the dominant force in the betting field.

Football betting now accounts for around half of online betting turnover and the number of bets placed.

It is the most popular sport in the world and the global interest in the sport is reflected in the level of betting, especially for matches televised live.

The Premier League in England has the highest viewing figures of any league, while it is also the one which generates most betting turnover. It seems punters just can’t get enough of Manchester United, Liverpool and Chelsea and the matches which are screened live on television around the world generate a phenomenal amount of gambling interest.

The other main leagues in Europe in Spain, Italy, Germany and France are also hugely popular for betting.

The financial strength of the Premier League is mind-blowing. Clubs are owned by billionaire businessmen from all over the world, including the United States, Russia and Asia.

And money paid to clubs for live television coverage has also increased the financial strength of the league.

It is why even mid-table clubs can afford to pay close to £20 million for a striker. Indeed, we are nearing the arrival of the £100 million footballer.

And with so much money sloshing around, clubs can afford to pay astronomical wages. And this attracts the best players. And this, in turn, attracts television punters.

Of course, it’s not just the Premier League that turns armchair gamblers on. Every four years there is a massive increase in football betting when the World Cup is staged, as there was last year in Brazil.

The 2014 renewal was the most popular event in the history of sports betting.

Gamblers in Asia, who either bet through a sportsbook or broker, now have a massive selection of leagues, matches and markets on which to stake their money. European bookmakers led the way with odds for more than 50 leagues, while online sportsbooks based in Asia also now offer an extensive range of leagues.

SBOBET is one of the biggest sportsbooks in the Asian market. Football appears at the top of the menu of sports on the company website and football is the most clicked option.

SBOBET is typical with regard to the number of leagues on offer. Indeed, it’s not uncommon for there to be odds in more than 600 markets available covering almost 40 different leagues.

The most matches are in England, covering the four main leagues.

For a normal Premier League match in England, punters in Asia can bet on around 20 separate markets. The most popular is the X2, which involves trying to predict the outcome of a match, which can be home win, draw or away win. Betting on the number of goals in a match is also popular and correct score betting also attracts a large volume of bets.

Asian handicap betting creates markets with an even chance of each outcome taking place. When there is a huge favourite taking on an underdog (imagine Manchester United taking on Rochdale) Asian handicaps encourage punters to get involved in what appear uncompetitive matches.
Half-point handicaps eliminate the chance of a draw and this type of betting generates some massive single bets.

Sports brokers in Asia are happy to place these bets at good odds, then make fast payouts soon after the match has ended.