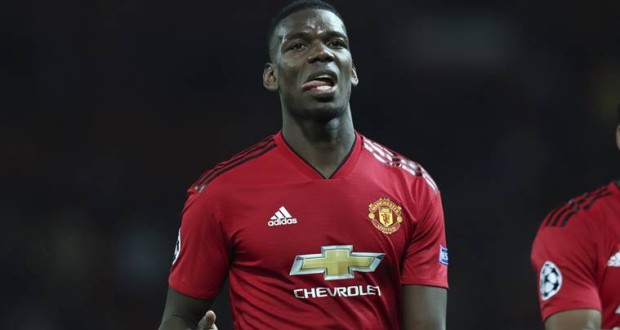 ‘Didn’t even know who Graeme Souness was’: Paul Pogba hits back at Liverpool legend

Manchester United star Paul Pogba hits back at his biggest critic Graeme Souness, saying he initially didn’t even know who the Liverpool legend was.

Pogba has been heavily criticised by Souness for not taking his injury rehabilitation seriously. The 27-year-old was nearing a return to the Red Devils first team when the coronavirus outbreak brought football and sports throughout the world to a halt. Souness is a long-time critic of the and recently said that he would easily get the better of the World Cup-winner.

Speaking on UTD Podcast, Pogba said, “I didn’t even know who [Souness] was. I heard he was a great player and stuff like that. I don’t know the face but the name [I do]. Like I said I’m not someone that watches a lot of [punditry], I watch a lot of football but I don’t stay after the game to listen to what they say about ‘Why they did this’ or ‘why they did that’. I like to focus on football.”

“I guess they miss me, I don’t know? I’m not someone that looks at always at Sky News,” he said. “After the games, when I watch it again I watch the game, not the comments. When you know football, you don’t need someone to tell you what’s happening.

The France international suffered a foot injury in August that he aggravated by continuing to play. His injury restricted him to eight appearances so far this season. “Obviously what I hear when people are saying ‘Paul is doing this…Paul…Paul’ I don’t know. One day maybe I will meet them [the critics] and ask them because I really want to know why.

“I am doing my recovery, I can be somewhere else and I hear something but I’m just doing my recovery, you know? If they want to speak they are allowed to speak, it’s their job to speak. I am used to it now. I am really used to it, it doesn’t bother me. It’s good to hear good stuff instead of bad stuff but when you play football, you know yourself. It’s what your manager and team-mates want, the rest is just talk. It’s selling stuff I think.”