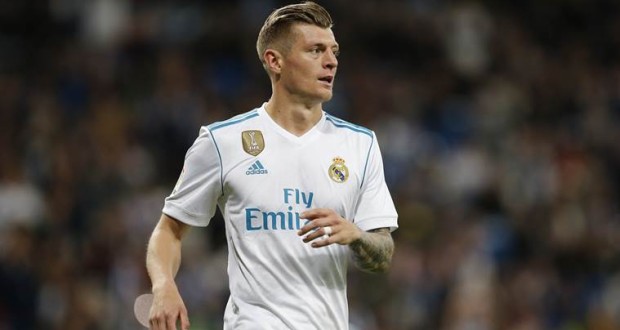 The 28-year-old has enjoyed another stellar season with Real Madrid, helping them to reach Saturday’s Champions League final against Liverpool. (Source: vetembaste)

Germany midfielder Toni Kroos will carry the hopes of his nation for a successful World Cup title defence in Russia having matured into a natural leader of the team.

The 28-year-old has enjoyed another stellar season with Real Madrid, helping them to reach Saturday’s Champions League final against Liverpool. He also lifted the trophy with the Spanish giants in the past two seasons and was in the Bayern Munich team who won Europe’s top club competition in 2013.

A World Cup winner in 2014 Kroos, who left Bayern over a pay dispute, is the team’s heartbeat and chief conductor, with Bastian Schweinsteiger and Philipp Lahm retired, goalkeeper and captain Manuel Neuer struggling with injury and Thomas Mueller only recently back to top form.

Intelligent and highly skilled, Kroos is involved in almost every team move with his number of passes per game at around 80 and his average passing accuracy close to 95 percent.

Mistakes are rare, his most famous being a header back towards his own defence that almost gifted Argentina a goal in the 2014 World Cup final.

But Kroos’s authority on the pitch is not in doubt these days, even in his native Germany where he was long underestimated until his 2014 departure to Real, having earned 82 caps and scored 12 goals for his country.

His form is usually the barometer for Germany’s overall performance as the hard-working midfielder, whose crosses and set pieces are as effective as his passing, takes full responsibility within the team.

A 1-0 loss to Brazil in a friendly in March that ended Germany’s 22-game unbeaten run triggered an unusually angry reaction from the normally reserved Kroos, highlighting the growing role he plays for the team.

“Everything,” he snapped at reporters when asked what needed to change. “You could see that we are not as good as we are constantly being told we are or even as some of us may think we are,” he said in an effort to keep his team mates grounded. “We need to improve on many fronts.”

With Germany the firm tournament favourites, Kroos is certain to give his all to get his hands on another World Cup trophy and add to the burgeoning silverware collection of a serial winner.