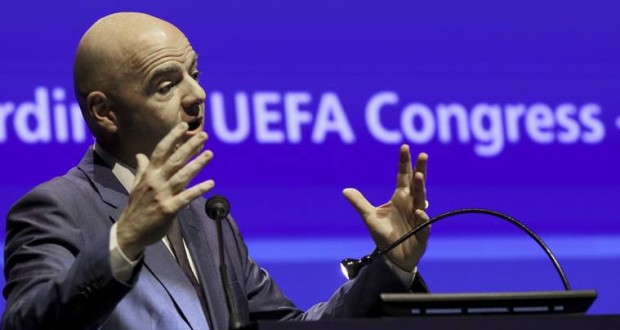 FIFA said in a statement that, following the publication of the McLaren report, it launched investigations “into possible anti-doping rule violations by football players. (Source: AP)

Global football body FIFA said on Tuesday that none of the players named in Russia’s provisional squad for next month’s World Cup have committed doping offences.

FIFA said in a statement that, following the publication of the McLaren report, it launched investigations “into possible anti-doping rule violations by football players, prioritising high-level players against whom a suspicion had been raised, in particular those who might participate” at the World Cup.

It concluded that “insufficient evidence was found to assert an anti-doping rule violation” in the cases of all Russian squad members.

However, it added that investigations of several players unrelated to the World Cup were continuing. “FIFA will continue to work on these cases in cooperation with the World Anti-Doping Agency. Further updates will be provided in due course,” it said.

The McLaren report, commissioned by WADA, said more than 1,000 Russian athletes competing in summer, winter and paralympic sport were involved in or benefited from an institutional conspiracy to conceal positive doping tests.

It said that soccer was one of more than 30 sports involved. Russia has acknowledged some findings of the McLaren report but has repeatedly denied the existence of a state-sponsored doping programme.