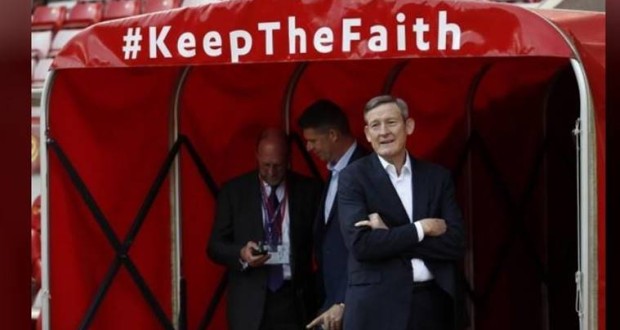 Sunderland, who have fallen from the Premier League to the third tier of English football in two seasons, are under new ownership after a consortium completed a takeover of the club on Monday. The consortium, led by Stewart Donald, the former owner of fifth tier side Eastleigh, paid 40 million pounds ($54 million)to buy Sunderland from American businessman Ellis Short, who ended a nine-year spell in charge by writing off the club’s debts.

“We’ve given Ellis 40 million pounds, so that’s the deal, and in return Ellis has tidied up his debt and that’s now gone from the football club,” Donald told a news conference after the club confirmed the English Football League had ratified the change of ownership.