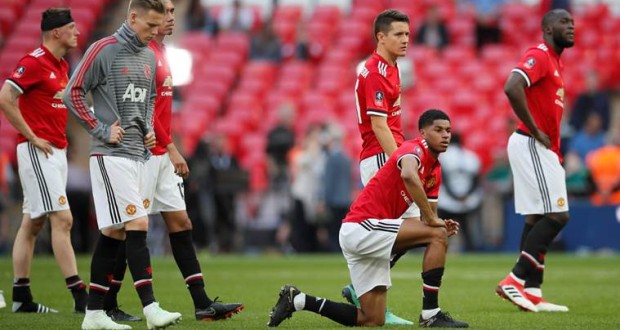 Manchester United missed the opportunity to end the season with a trophy after Saturday’s 1-0 defeat by Chelsea in the FA Cup final. (Source: vetembaste)

Premier League runners-up Manchester United must sign players with experience if they want to challenge for silverware next season, midfielder Nemanja Matic has said.

United, who finished a distant second in the league behind local rivals Manchester City, missed the opportunity to end the season with a trophy after Saturday’s 1-0 defeat by Chelsea in the FA Cup final.

“I think we need some players with some experience to bring some more qualities to our team,” Matic, who joined United from Chelsea for a fee British media reported was above 40 million pounds ($53.74 million), told local media.

“After that, we can fight for the title and the Champions League also. I think that we have improved. As you know, United last year were sixth. The year before that, fifth.”

United manager Jose Mourinho spent heavily to bring in striker Romelu Lukaku and Matic in the last close season and added forward Alexis Sanchez on a swap deal in January.

Serbia international Matic, who has added composure and solidity to United’s midfield, said the club could take heart from their easy qualification for the Champions League.

“The only team who is better than us this year is Manchester City,” he said. “Obviously, they play amazing football. But we are second and we are in the Champions League next year which is the most important thing.”