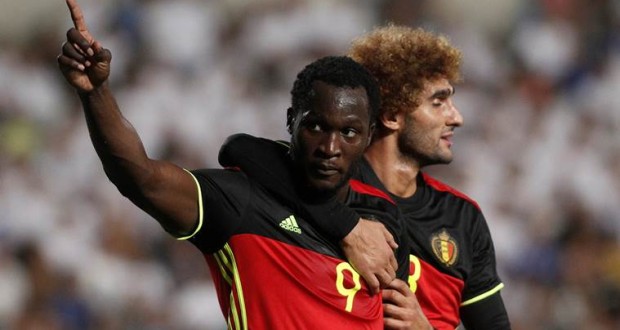 Belgium coach Roberto Martinez left AS Roma midfielder Radja Nainggolan out of his squad for next month’s World Cup in Russia, insisting on Monday it was a purely tactical move and not due to past clashes over discipline.

The Spaniard sprung a surprise by not naming his final 23-man squad as expected, instead listing 28 players who will be whittled down on June 4, two days after a friendly against fellow World Cup finalists Portugal in Brussels on June 2.

“We know that Radja has a very important role in his club and we cannot give him that role in our squad,” Martinez told a news conference, acknowledging Nainggolan’s key role in Roma’s run to the Champions League semi-finals, but saying he could not offer him a similar place in a “more offensive” Belgian side.

Coach and player had an “honest” discussion after Martinez flew to Rome on Sunday to break the news.

There was no doubt about the popularity of the 29-year-old Nainggolan among Belgian fans following his key role at Euro 2016, the manager said, but a coach must be ready to take hard decisions for the good of the team.

“I don’t think Radja is a player to be used in a small role,” Martinez said when asked about Nainggolan’s reported willingness to go with the squad “even as a goalkeeper”.

“The reason that Radja’s not in the squad is purely a tactical decision,” Martinez told reporters, adding that giving himself an extra couple of weeks until FIFA’s final squad deadline would give the likes of experienced Barcelona defender Thomas Vermaelen time to prove his fitness.

Third in the world rankings and hungry for the success that has eluded them despite boasting some of Europe’s most gifted players, England’s Group G opponents head to Russia with Premier League stars including Chelsea forward Eden Hazard and midfielder Kevin De Bruyne from champions Manchester City.

Among fresher faces given a chance are winger Adnan Januzaj from Real Sociedad and 21-year-old Monaco midfielder Youri Tielemans.
The 28-man provisional squad is: