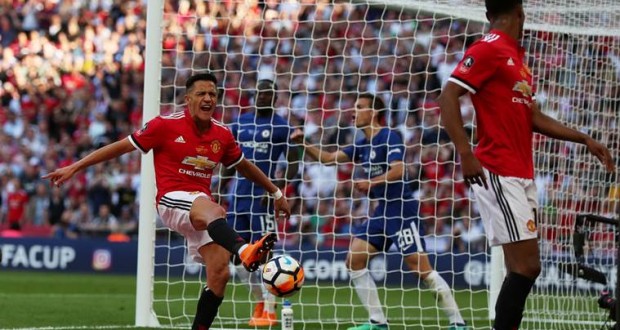 Alexis Sanchez needs to improve, he cannot get any worse, says Paul Scholes

With Manchester United losing out on the silverware in the FA cup final against Chelsea on Saturday, former midfielder Paul Scholes singled out winger Alexis Sanchez for his poor performance. United displayed an insipid performance against the Antonio Conte’s side and lost the match by 1-0, scored by Eden Hazard from the penalty spot. Speaking to BT Sport, the former United great said the midfielder cannot get any worse.

“His performances, well they have to improve. They can’t get any worse to be honest with you,” the midfelder was quoted as saying by AFP. Scholes further went on to add that the club needs Sanchez to become an important player if they want to challenge Manchester City for the title next season.

“I think the next few games of next season are vital to him, he needs to get fans believing again and believing they are going to get close to City. They need a big player,” he said.

Scholes further went on to compare the difference between Chelsea’s Eden Hazard and Alexis Sanchez. “Paul Pogba does not win you games on his own. Hazard does. Alexis Sanchez doesn’t, he’s shown that since January, they thought he could,” he said.

He further added that United need players who can perform in big matches. “They need two magical players. I think they’ve got really good players, they haven’t got a Hazard, (Cristiano) Ronaldo, (Lionel) Messi, and I know many teams haven’t, but the difference between the two was the quality in Hazard, we saw that in big games. United don’t have that,” he said.

Manchester United won no trophy this season, a rare feat for manager Jose Mourinho, who has won the league club in his second managerial year for all the previous clubs he has been a part of. United finished at the second position in Premier League, 19 points behind derby rivals Manchester City.