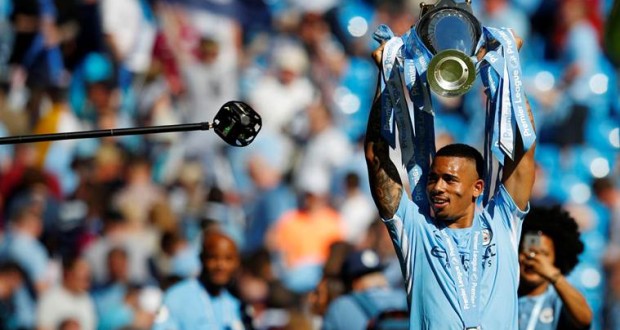 Have enough sex and focus: Romario’s advice to Brazil’s Gabriel Jesus ahead of World Cup

Legendary striker Romario, who was an iconic World Cup player in his days, has a simple advice for Brazil’s Gabriel Jesus – plenty of sex, concentration and goals.

Romario, who helped Brazil clinch the World Cup title in 1994 with five goals during the tournament in United States, said that it worked for him back then. That year, Romario was also awarded FIFA’s World Player of the Year.

Speaking to Lance, Romario, who has turned into senator now, said, “Have enough sex is one piece of advice, as is making the most you can of your days off and, of course, concentrate on match days and during the games.”

Romario believes that Manchester City’s Jesus has the potential to announce his arrival at the international scene by scoring a goal. “I believe he’s quite aware of his football and what it represents for the Brazilian team. He has to arrive at the World Cup and score a goal. That’s the most important thing!” he said.

Standing two goals ahead of PSG player Neymar, Romario is still Brazil’s fourth highest goal scorer despite making appearances at only two World Cups. Romario feels that the World Cup is one competition that requires 100% concentration from the player. “The World Cup is a totally different competition from the rest, in which you have been 100 per cent focused and push all your problems aside, otherwise you aren’t going to have the best Cup possible,” he added.