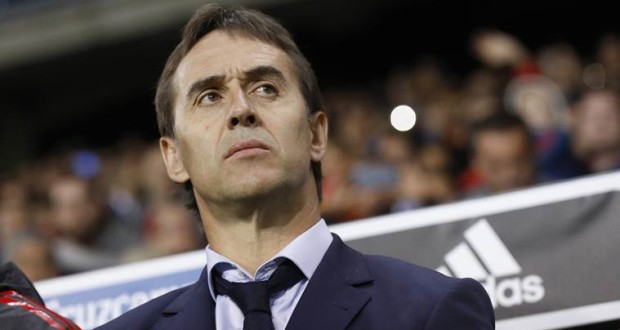 Lopetegui was the outside choice to succeed Vicente del Bosque in 2016 due to his limited experience. (Source: AP)

Spain’s dramatic fall from champions to a group stage exit was one of the main stories of the last World Cup but under Julen Lopetegui they look more like the side that won three straight international tournaments between 2008 and 2012.

The old guard of Xavi Hernandez, Xabi Alonso and Iker Casillas, who led Spain to their only World Cup success in 2010 but had to suffer the team’s fall from grace at the 2014 finals in Brazil, are gone though the backbone of their triumph remains.

Andres Iniesta, Sergio Busquets, David Silva, Sergio Ramos and Gerard Pique bring a wealth of major tournament experience to Lopetegui’s side, which has been revitalised by a new generation of talent including Isco, Thiago Alcantara, Alvaro Morata plus Real Madrid hotshot Marco Asensio.

Lopetegui was the outside choice to succeed Vicente del Bosque in 2016 due to his limited experience, earning the job on the strength of his achievements with the under-21 side he led to glory at the 2013 European Championship.

He has proved an inspired choice, however, building a new-look team with a potent mix of experience and youthful hunger which swaggered its way through qualifying, winning nine out of 10 games, scoring 36 times and remaining unbeaten.

Their most convincing performance was a 3-0 win over Italy when Lopetegui opted against fielding a recognised striker.

Midfielder Isco thrived in an advanced role that night while the team produced a seamless display which brought back memories of when they were at their world-beating best not long ago.

Lopetegui has quality all over the pitch but especially in midfield, the cornerstone of Spain’s recent hegemony. If the team continue to improve at their current rapid pace, they will be well placed to reclaim the crown they won in South Africa.