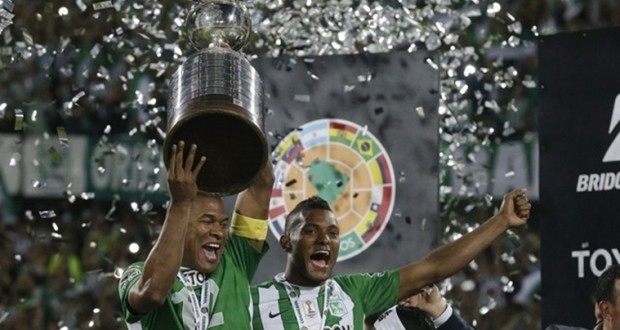 Businesses closed and schools canceled classes in Chapeco as the small town in southern Brazil plunged into mourning on Tuesday over the loss of its soccer team, Chapecoense, in a plane crash in Colombia. Hundreds of fans decked out in the club’s green and white gathered at its stadium starting in the morning. Large groups remained quietly in the stands until late in day, staring past their banners at the empty green field as the sun beat down. An improvised shrine outside the player’s entrance to the stadium filled up with jerseys, flowers and candles. A poster celebrated, in a child’s handwriting, the team’s meteoric ascent into top-flight Brazilian soccer.

Watch what else is making news:

“They never tired of climbing and now they’re in heaven,” it read. Chapecoense’s improbable rise to competing for the Sudamericana Cup title had been an inspiration to the agricultural town of some 200,000 people in the remote interior of Santa Catarina state. The dream ended suddenly when the team’s plane crashed late on Monday outside the Colombian city of Medellin, where Chapecoense had been due to face local side Atletico Nacional in Wednesday’s Cup final.

Most of the team’s players were among the 75 people killed in the crash, Colombian authorities said, as well as local journalists and team officials. “Our idea is to hold a collective wake here in our beloved stadium because everyone wants to give their support, to give an embrace,” said Ivan Tozzo, the team’s acting president. Team Chairman Gelson Dalla Costa said the club’s doctors were traveling to Medellín on Tuesday to collect the bodies.

The club’s remaining players and relatives of the deceased are scheduled to travel early on Wednesday to São Paulo, where they will make the final identification of the bodies, Tozzo said. Three Chapecoense players were among the six people who survived the crash. Dalla Costa said defender Neto was undergoing cranial surgery and reserve goalkeeper Jackson Follmann had his leg amputated. Defender Alan Ruschel was reported in intensive care but in stable condition. Radio journalist Rafael Valmorbida appeared to be in stable condition. “As you know, in an accident of this scale you can get any kind of news in the first 48 hours,” he added, regarding the health of the survivors.