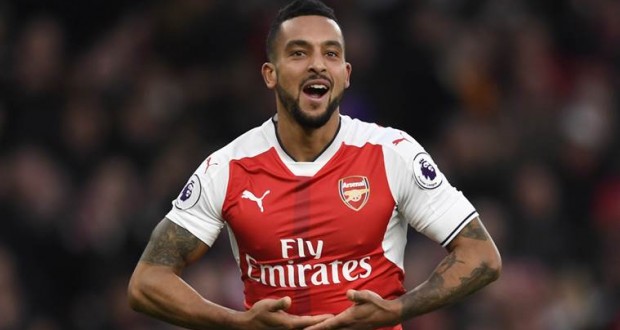 Arsenal forward Theo Walcott is eager to continue his rich vein of form by scoring 10 goals before Christmas, which he plans to celebrate by receiving a coffee machine as a gift from his wife.

The England international scored in Sunday’s 3-1 Premier League victory over Bournemouth to take his tally up to nine goals in 15 appearances this season.

“I want to get 10 (goals) so I can get a coffee machine for Christmas from my wife. She said ‘if you get 10 goals before Christmas I’ll buy you this coffee machine’,” Walcott told British media.

“So I can’t wait for that and hopefully it will happen. Coming from the wing as well, I’m obviously delighted with my goals so far. There’s been a lot of ups and downs but hopefully… we’re back to the level we want to be at.”

Winger Alexis Sanchez has excelled since moving into a central role this season, having scoring 10 goals in 18 appearances, and Walcott has said that he had also benefited from the Chile international’s positional shift.

“Obviously me and Alexis are having a very good relationship at this moment in time. At the start of the season we created a lot of goals for each other and everything was happening,” Walcott said.

“But Alexis has definitely stepped up to making this position. I think he’s enjoying it. I can see the smile he’s playing with. He even did an interview today in English, which he never does.”

Arsenal are fourth in the table on 28 points, three behind leaders Chelsea after 13 games.

The Gunners host Southampton in the quarter-finals of the League Cup on Wednesday before travelling to face London rivals West Ham United in the league three days later.