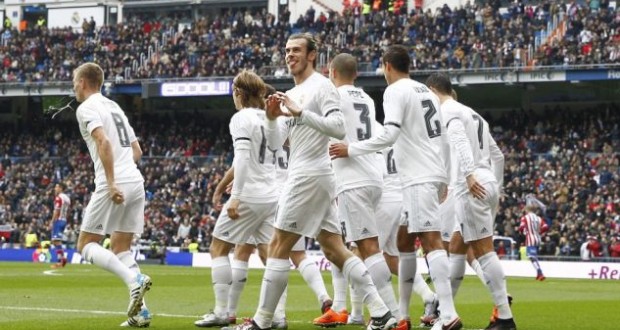 Since the club of Madrid’s Zinedine Zidane took the team “galactic” started to dominate their opponents physically.Something did not happen Tuesday because the City failed to run more than Madrid. Despite this fact, “citizens” failed to show any moment this physical domination, because at first glance it was Madrid who always had the ball and most dangerous cases of the net.Eight of the Real Madrid players ran more than 10 kilometers guaranteeing strong muscles and physical game. 2 (goalikeeper does not count) of them failed to cross this figure. Marcelo stood at 9.6 kilometers and Benzema, who left the field of play because of injury. Vazquez was Lukas who never stopped crossing and reached 13,323 meters, more than two kilometers of De Bryjne, which ran more in the ranks of Manchester City. In total, the British ran 113,177 kilometers, while Madrid 112 691. Despite the predominance of natural light, the Pilgrim team did not create chances to score and this is explained by the scheme and the tactics used by both coaches.Siti was disorganized and never managed to settle as it were tactically being broken by the team of Real Madrid midfield. Aguero, De Bryjne Navas and could not do anything because none of them can break the protection of iron and armored Zidane’s midfield. Madrid, despite initially started the game with a 4-3-3 scheme, during her transformed into 4-5-1, defending the perfect way to not leave space opponents.