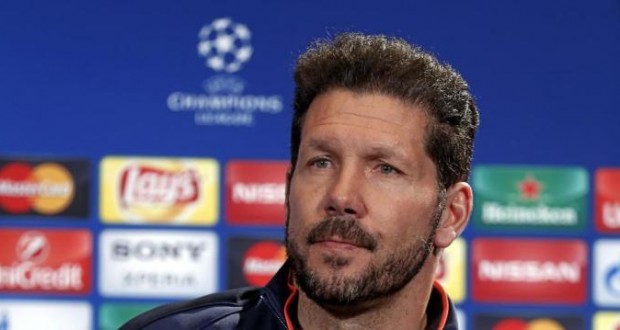 Diego Pablo Simeone, the strategist of the team which is making surprise in recent years in La Liga and the Champions League, yesterday examined at the conference hall of the stadium “Vicente Calderon” Bayern’s first semifinal. “Are we favorites? We do not think so. Simply we think of the great opportunity we have. For the moment is normal and logical mënjanohemi newspapers, but we focus on winning. Only expect from my team to win against Bayern Munich, only this “- said the Argentine.

Guardiola – “He praised? With hard work and dedication of many people who believe in an idea, we are continuing what we are doing. ”

Bayern attack – “They work very well in defense and attack. To qualify, you must make goals and this will require in Wednesday’s game. Their coach has different game options. In war there is no one who earns more soldiers, but to better use. ”

Atletico tricks – “Do not think only of winning.”