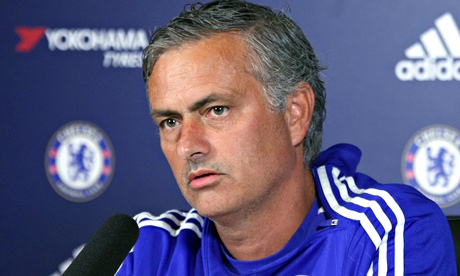 Xavi Hernandez disagrees with Jose Mourinho philosophy but respects him

Barcelona legend Xavi Hernandez says he disagrees with Jose Mourinho’s “win at all costs” mentality, but still respects the Portuguese’s achievements in the game.

Xavi and Mourinho first met back in the late 1990s when the current Chelsea boss worked at Barca as a translator and assistant for coach Bobby Robson.

The pair then met many times over the years as opponents when Mourinho managed Chelsea, Inter Milan and Real Madrid sides against the Catalan club — with these games often leading to controversies both on and off the pitch, and the Portuguese becoming unpopular with many Blaugrana fans and pundits.

Xavi, now at Qatari side Al-Sadd, said in the latest in a series of interviews with Marca that although he and Mourinho no longer saw eye-to-eye on many things, they still had a normal relationship away from the game.

“I disagree with [Mourinho’s] philosophy, to win at all costs, but I respect him a lot,” Xavi said. “He helped me in the three years he was with us. Then we spoke the same language, we believed in the same things. He came to Barca B to train us, and we worked in Barca’s philosophy.

“Now I see him on another path, the one where winning is most important of all. That is not our idea. We are about ‘how.’ I do not understand football any other way. But I respect Mou. We have greeted each other at the Ballon d’Or ceremony many times.”

“[Pep] does not change his style, even at 4-0 down,” he said. “If he is not the best in the world, he is among the three best. I have not worked with [Diego] Simeone, the current Mourinho, [Carlo] Ancelotti or [Rafa] Benitez, but Pep is spectacular. On another level. He has very clear ideas.

“I remember one day [Victor] Valdes messed up a pass in the first minute. Pep told him at the break, ‘Now you must pass the ball even more. Don’t whack it long even once.’ If you think in grey, and he thinks in white, after five minutes you end up thinking in white too.”

The Catalan also commented on the treatment of his former club and country teammate Gerard Pique, saying the defender had been whistled at while playing for Spain due to the fall-out from a joke made about Cristiano Ronaldo’s 30th birthday party back in January. Pique has also been barracked at previous international matches following comments he made on Catalan independence.

“For me, the whistles came from the Kevin Roldan [who sang at Ronaldo’s party] stuff, I would not give it a political meaning,” he said. “Because if so, they would also whistle me, [Sergio] Busquets and all the Catalan players.

“Gerard is like that, he likes to be at the centre of attention. I don’t. I only like to be in the news when I have the ball on the pitch. But Pique likes to be seen, to make jokes, and that joke did not go down well with the Madridistas who go to watch La Roja. So they whistle him.

“Neither I nor [Andres] Iniesta would have ever made that joke, but Pique is like that, and he does not do it from badness. It doesn’t bother him — as he said at his news conference. I would not whistle him, or anyone.”