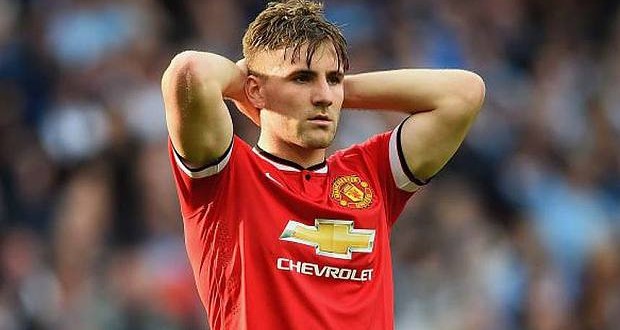 With Luke Shaw suffering a double leg fracture, Adam Bate reflects on how the player was finally blossoming in a Manchester United shirt…

There’s never a good time to break your leg. But the timing of Luke Shaw’s serious injury against PSV on Tuesday evening felt particularly cruel. The 20-year-old was in form and playing with confidence. He’d even produced one purposeful run just minutes before his injury.

The struggles of his debut season at Manchester United behind him, this was Shaw’s first appearance in the Champions League proper. It was the stage he’d been waiting for and he looked in the mood to seize the day. With one lunge from Hector Moreno, that changed.

With United visiting Southampton at the weekend, Morgan Schneiderlin might, ostensibly, have expected to be the focus. But having missed last season’s meeting between the sides, it would also have marked Shaw’s first return to St Mary’s as a player since leaving last year. This would’ve been the more significant homecoming.

Shaw joined Saints at the age of eight. And so, at his lowest point and with the second half in Eindhoven yet to kick off, it was the well-wishers manning Southampton’s twitter account who got a response from the stricken Shaw. “You don’t know how much you as a club mean to me, thank you so much I really appreciate it.”

Sunday’s game would’ve leapt out of the fixture list. Perhaps for the first time since his exit, he could claim to be coming back a stronger player than when he left.  “To be honest I feel better than I did at Southampton,” Shaw said recently. “Game-by-game I feel like I’m getting stronger, especially in training. I just want to keep it up now and pray there are no injuries.”

Injuries. The little ones rarely inspire too much sympathy when £30m fees are involved. But this is different. Of course, the big ones are hazards of the job. It’s just that Shaw had worked so hard – mentally and physically – to give himself every chance of success after last season’s travails.

“I think that is what knocked my confidence down: I never got fully fit. So whenever I was playing I wasn’t at my best and I didn’t feel at my best,” he said recently. “Now I am playing and I feel great. I trained before I went back to pre-season. That was a massive help to me.”

He’d shown real endeavour. Indeed, Shaw even engaged a fitness coach to accompany him on his summer break, evidence that he was aware of the importance of getting things right from the start second time around. A year ago, both Louis van Gaal and Roy Hodgson were raising concerns over his fitness. The step up seemed to be taking its toll.

“It was a surprise,” said Shaw of the move to Manchester. “I didn’t come into United thinking it would be much harder. That’s something that I think I made a mistake on.” Ex-Southampton youth coach Jason Dodd told Sky Sports: “It’s the first time really that he’s faced criticism and questions being asked of him.” But Shaw had come up with the answers.

For United, only Memphis Depay has put in as many successful crosses or completed as many dribbles as their left-back this season. For England, there was the measured cross that found Harry Kane for England’s opener against Switzerland last week. That performance even prompted Hodgson to suggest he could well get 100 caps for his country.

Speaking to his old Saints boss Nigel Adkins, it’s clear that this is the Shaw he believed in enough to entrust him with a professional debut aged just 16. “There are times when you watch him and see that he can just carry the ball away from players,” Adkins told Sky Sports. “He sees the pass as well so he’s got so much going for him.”

Defensive concerns were fading too. Working with Van Gaal was surely helping in that regard and he’d showing willing, as emphasised by the brave headed clearance when he found himself isolated up against Liverpool’s Christian Benteke last weekend.

A growing confidence played its part but it was all underpinned by those improved fitness levels. The demands were a challenge last term but Van Gaal had enough faith to use him twice a week. In fact, at the point at which he left the field against PSV, Shaw was the only United player to play every minute for both club and country so far this season.

Perhaps we were seeing the benefits of Van Gaal’s decision to withdraw Shaw from the summer’s European Under-21 Championship. “I have read I’m the winner of the debate,” said the Dutchman at the time. “But that’s not true because the winner is Luke Shaw. He is the winner because we have to develop great talents. Luke Shaw is a great talent.”

Not many at St Mary’s on Sunday will disagree with that. But that occasion will now be tinged with sadness too. At a career put on hold. At a career that looked about to soar. “Words can’t describe how gutted I am,” Shaw added via Twitter. “My road to recovery starts now, I will come back stronger.” With that attitude, you wouldn’t bet against him.