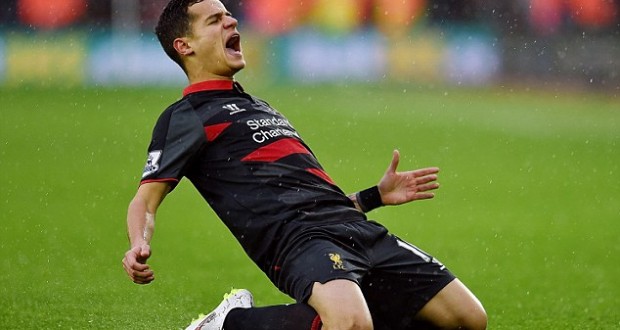 Liverpool’s Philippe Coutinho calls for calm ahead of Europa clash

Philippe Coutinho has called for calm ahead of Liverpool’s Europa League clash with Bordeaux on Thursday following back-to-back defeats in the Premier League.

Coutinho was shown a red card during Liverpool’s 3-0 defeat by West Ham last month and was suspended for the 3-1 loss to Manchester United at Old Trafford.

The result saw Brendan Rodgers’ side drop to 10th in the Premier League table but attacking midfielder Coutinho, who is likely to return to the starting line-up in France, insists there is no reason to panic.

“It is vital to stay calm, mainly because we are just at the beginning in all competitions,” he told the club’s website.

“We have a long season ahead and many things can happen. The Premier League is tough – all clubs have great teams – and we know twists and turns will happen.”

And the Brazilian believes the league defeats will act as motivation for Liverpool, who are struggling to create chances and have scored only three times in their first five league games.

“We have to look ahead now and get over the two recent games we lost,” he added. “After two consecutive defeats, we’re conscious there’s going to be more pressure from the outside.

“But we have to do things right on the pitch so we can achieve good results and Bordeaux is a very important game as it’s our first in the Europa League.”