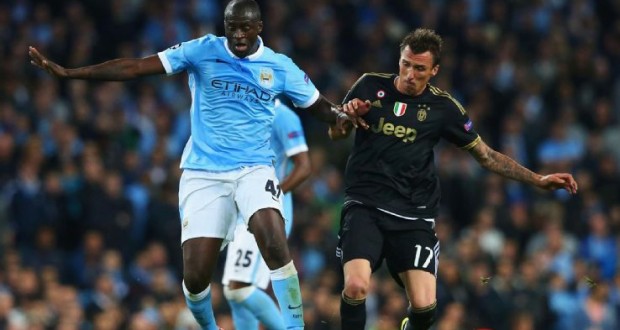 Welcome back to the real Juventus, a side that will always understand the value of discipline, organisation and sacrificial play. It’s been a difficult start to the season and many were quick to write them off in a match against the current Premier League leaders but despite the criticisms and the piling pressure, the Bianconeri executed Massimiliano Allegri’s tactics perfectly to register their first European win of the season.

Many thought Allegri would revert back to the 3-5-2 formation in order to offer his back-line some added support. However, rather than play a predictable XI, Juventus lined up in a 4-3-3 formation to startle those who had already made their assumptions based on the practice sessions. An ambitious formation on paper, Allegri played a trident but ensured his side remained defensively solid by asking all his players to sacrifice for one another with the forwards tracking back and helping to maintain balance in the unit.

In fact, three of their best four tacklers of the evening were offensive players. Only Stefano Sturaro managed more tackles than Juan Cuadrado, Alvaro Morata and Mario Mandzukic, showing how hard every single player sacrificed for the cause.

With the squad closing down spaces well and Gianluigi Buffon playing the type of game that demonstrates age is nothing but a number, Manchester City were kept quiet. Manuel Pellegrini’s men were forced to rotate the ball by the halfway line as they struggled to penetrate with pace and conviction. Their movements predictable and their stars stifled, they failed to make the most of the chances they did get perhaps forcing critics to believe they still suffer at a psychological level in this competition.

In essence, Juventus were never forced to exert too much energy. Their English opponents simply struggled to speed up the pace to overwhelm the Old Lady and test the resolve of a defence that had conceded four goals in three Serie A games. When they did lose possession, they simply weren’t good enough at closing down the spaces, offering the Italians plenty of opportunities to show off their passing game, which only allowed Juve to grow in confidence.

This was a victory for Allegri who demonstrated courage and ambition at just the right moment. He saw that his squad were struggling on a psychological level. Rather than play the usual cautious formations that have failed to yield the right result, he attempted something new in hopes that the talent of those he picked will outshine all else. It takes a brave man to bench Paulo Dybala, who has arguably been Juve’s best attacking player in Serie A, in favour of Morata and Mandzukic. He also trusted Cuadrado would do well enough between the lines to terrorise Man City as well as maintain his defensive discipline to offer overall balance.

The Colombian played an excellent game in which he not only tackled well and recovered possession but he ventured forward with attitude, working in unison with those on the right side of the field. His ability to play a cunning game that revolved around drawing out fouls in dangerous areas should remind fans of old times, when Mauro Camoranesi and Alessandro Del Piero frustrated the opponent to no end much like he managed on this occasion.

By trusting talent and ensuring his team were well drilled and well organised, Allegri has gone some way in restoring his players’ confidence, forcing them to believe in themselves and not fear anyone or anything.

While it’s clear certain players, such as Hernanes, struggled to impose themselves and were easily impeded by City’s pressing game, youngsters such as Morata continued to remind us why investing in youth can be so fruitful. A player who can at times be selfish when he forces the issue, the Spaniard played a mature game on the night, running relentlessly, dropping back to help the team and still managing an incredible finish that will be remembered for some time. A player of the highest quality, if he continues to work as hard as he did in this game, it’s only a matter of time before he’s rated as world class.

It was a match in which the youngsters proved they have what it takes to take over from those who departed, while the veterans showed off their leadership skills, performing brilliantly to carry the team over the finish line. There is still a lot more work to be done, but perhaps now the team understands that when united, all can be achieved. They just have to rely on another, trusting their teammates until the very end.