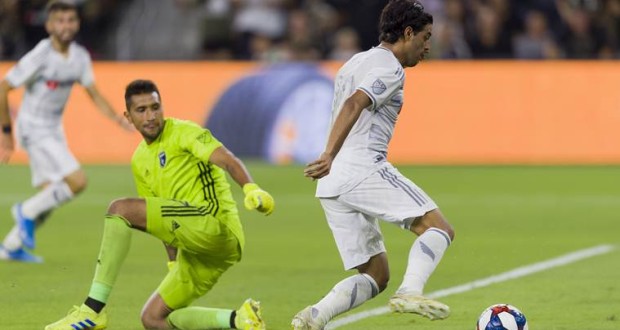 Major League Soccer will not return until at least June 8, according to multiple reports.

The timetable is in line with the latest official word from MLS, which was confirmation that a hoped for mid-May return would not happen due to the ongoing restrictions aimed at stopping the spread of the coronavirus.

Commissioner Don Garber said MLS remains focused on getting in as many games as possible. Garber expanded the league’s guidelines prohibiting group workouts, which initially stretched to April 24.

“From tournament formats and neutral locations, ultimately playing an abridged regular season, but doing everything to get as many games,” Garber told ESPN.

The return date in the second week of June would be in line with the reported planned return of the PGA Tour, which will be June 11 in Texas. The Charles Schwab Challenge in Fort Worth would be played without fans, along with other golf events through July, according to Golf Digest.

Dr. Anthony Fauci, the director of the National Institute of Allergy and Infectious Diseases, said Wednesday in a Snapchat interview that he could envision a path for sports to return in the summer, but it would be on the condition that fans did not attend events.