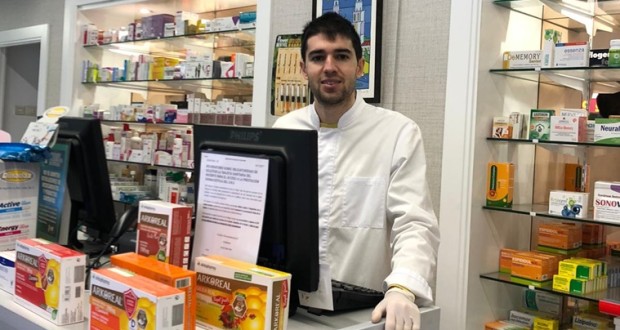 ‘Watched mum work without masks, gloves… how could I stay at home?’

In Spain, we are always out. Hanging out with friends after work, grabbing a beer, going out for tapas and having late dinners — later even than the Indians. Our streets are never empty. Restaurants are never shut. People are never home. That’s our culture. It defines our society. But right now, it’s all closed; all gone. And it won’t come back for a long time. You can sense the fear and unease because us Spaniards are not made to live in this kind of situation.

Hundreds of people have been dying every day in Spain since the outbreak of the coronavirus pandemic here. We were all very proud of our health system, convinced it was the best in the world. We never expected it will collapse like this. We never expected something as simple as a face mask will not be available. People are dying alone. Is there anything more heartbreaking than the fact that you can’t even have your loved ones next to you when you are dying? It’s a very sad situation. And scary.

Six weeks ago, I had my bags packed and was ready to leave for Southeast Asia, where I was close to signing for a club and begin the new season. Ever since graduating from La Masia, the fabled Barcelona academy, and playing for Celta Vigo for almost five seasons, I have been crisscrossing around the world, including India where I played for Bengaluru FC and East Bengal. I have really enjoyed playing in Asia so I was looking forward to the new season, which begins in March in the South Eastern region.

Suddenly, though, things started to get serious. Thailand and Malaysia started imposing strict restrictions on visitors from Europe and within days, Spain announced a lockdown. That was a new situation not just for me, but for everybody. We all just had to stay at home. Only pharmacy and supermarkets were open.

Just before I had joined Bengaluru FC in 2017, I had completed my pharmacy course. My family owns a pharmacy around 10 minutes from our home in the coastal city of A Coruña, in the northwest of Spain. My mother runs the pharmacy. She is 65 years old – in the age group that puts her at high risk. I was watching my mum working in the pharmacy without masks, without gloves helping people… how could I stay at home? (She has not even been living in the same room as my father since this began because of the risk).

So I joined her at the pharmacy. For six weeks, I have been meeting people who are scared and confused. They don’t know what is right for them, and what will be safe to use. For instance, till now the government was saying a mask wasn’t needed. That was because we did not have enough of them. So whatever quantity we had, those were made available for the medical staff.

But this week, they are saying masks are needed to protect ourselves from the virus. People don’t know what to expect. Every day there is new information, which is opposite to the day before. So I can see the fear among people, especially the older ones.

The panic is mainly for items like masks, gloves and hand sanitiser because the supply is very limited. I spend a lot of my time talking to manufacturers and suppliers of these items but the demand is very high. People, in fact, are not buying anything else because they are also becoming smarter in spending their money, knowing there is going to be a massive economic impact of this. After years of financial problems and high unemployment rates, the situation was just starting to get better. But when we open up again, we will not go from 0 to 100 quickly. It will take time to recover for the business, restaurants, services, hotels…

As for me and the millions of footballers in Spain, we are waiting for things to get normal so that the sport can begin again. Right now, I am spending eight-nine hours at the pharmacy every day. But in the morning, I make sure I do my workouts at home. I have bought big gallons of water and I use them as weights. I am also lucky that I have a big parking space so I can run there. It’s rudimentary stuff, but I make sure I train because once things get normal, I want to travel and play again.

I miss football so much right now. I feel proud of helping my people. I am, however, missing football deeply. So till I can start playing again, this is not just the best thing I can do, but the only thing I can do.

Dovale, 30, is a Spanish footballer who has played for Indian clubs like Bengaluru FC and East Bengal. He has been working as a pharmacist in A Coruna during the coronavirus crisis. He spoke to Mihir Vasavda.