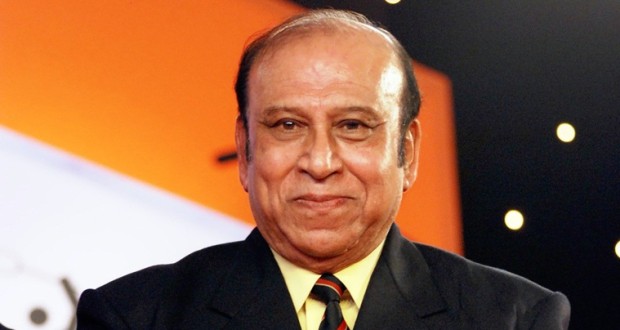 ‘No more vocal tonic for Indian football’: PK Banerjee breathes his last at 83

PK Banerjee passed away at the age of 83. (Source: AIFF)

Pradip Kumar Banerjee, the legendary Indian captain and two-time Olympian, died at the age of 83 on Friday. Banerjee breathed his last in Medica Superspecialty Hospital in Kolkata after suffering from respiratory problem due to pneumonia. He also had an underlying history of Parkinson’s disease, dementia and heart problem.

READ | PK Banerjee: The one who wore greatness without vanity

The Asian Games gold-medallist was one of the first recipients of Arjuna Award, when the awards were instituted in 1961. He was awarded the prestigious Padma Shri in 1990 and was named Indian Footballer of the 20th century by IFFHS.

A legend and one of our greatest football player has left us today.
Rest in Peace PK Banerjee, Indian football will miss you.
My sincere condolences to members of his family and all his fans.@IndianFootball @IndiaSports #PKBanerjee #football #India pic.twitter.com/lcLoD9Uz5X

As a mark of respect to #PKBanerjee, the Indian Football legend, #AIFF has decided that it’s flag will fly at half-mast today in #AIFF Delhi Headquarter.@IndianFootball @IndiaSports @KirenRijiju #India #football pic.twitter.com/Sk0XkMyznR

A Moynaguri born PK da becoming #IndianFootball legend. A versatile personality, media savvy, single handedly kept Indian football alive during 80s and 90s with his active all round work, which no one should forget. He will always stay in my memory. May his soul rest in peace.

He was a real legend and will forever remain immortal in the annals of Indian sport. PK Banerjee is no more and we have lost a real stalwart. And he was closely related to us and now I have to stop my mother who is 71 from going. These are real tough moments.

Extremely saddened to hear about the passing away of Legendary P.K.Banerjee. One of the greats of the Indian Football. His contribution towards #IndianFootball will never be forgotten. Rest in Peace. #PKBanerjee #RIP pic.twitter.com/8vFffM3YDx

Had the good fortune of meeting football legend PK Banerjee in Kolkata during the Maidaan schedule in November. Sad to hear about his demise. RIP, the man with the golden kick #PKBanerjee. pic.twitter.com/ckqszWD9Og

PK Banerjee RIP. Took me back to Mile Sur Mera…Where he gets off last from India’s first metro pushing back an almost non-existent mop of hair. He was a true natl sports hero, carried all virtues of amateur sport and was a genuine person!

PK Banerjee is no more

Massive loss to the footballing fraternity in India. Rest in peace, sir pic.twitter.com/smfBuUXxlx

Good Bye #PKBanerjee. Will miss you and your words.

Rest in peace PK Banerjee, one of the greatest to ever grace Indian football.

Heard a lot of his iconic stories from my dad that were passed on to him by my grandfather, a huge loss to the sport.#IndianFootball #RIPPKBanerjee