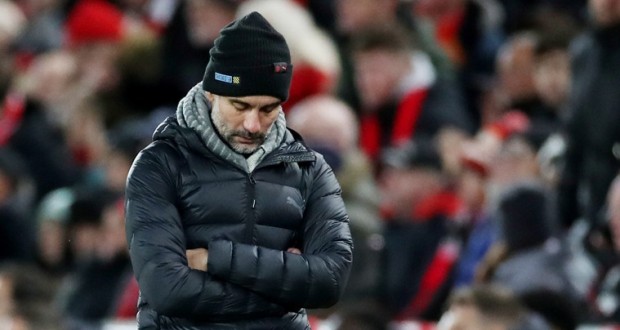 ‘I could be sacked if Manchester City fail to win Champions League’: Pep Guardiola

Manchester City manager Pep Guardiola has said his job at the Premier League club may be on the line if they fail to win the Champions League title this season.

City have won five major domestic trophies since Guardiola took over in 2016 — including two Premier League titles and an historic domestic treble last year — but have never progressed past the quarter-final stage of the Champions League since the Spaniard’s arrival.

Former European champions Real Madrid await in the last-16 this season, with the first leg to be played later this month, and Guardiola said he is keen on getting his hands on the trophy he last won with Barcelona in 2011.

“I want to win the Champions League,” Guardiola told Sky Sports. “I dream (of it) and I’ll enjoy preparing for the games against Madrid… this process, two weeks before, will be the happiest moments of my profession, to imagine what we can do to beat them.

🗣 — Pep Guardiola: “I never felt I am the best coach. When I won six titles in a row in Barcelona and won trebles, I never felt that. I won because I had extraordinary players at big clubs. Give me a team that is not like Manchester City, I am not going to win.” [sky sports] pic.twitter.com/mfNP5W9xnp

“If we don’t beat them, OK, come the chairman or the sport director and say, ‘It’s not good enough, we want the Champions League, I’m going to sack you’.

“(I would say) ‘OK, thank you, it was a pleasure’. I don’t know (if that would happen). It has happened many times and could maybe happen.”

City’s hopes of winning the Premier League title for a third consecutive season have faded in recent weeks with league leaders Liverpool 22 points ahead of them.

Guardiola, however, does not think their season has been a complete failure.

“You say the season is a disaster but if you win the Champions League it will be exceptional. Why? It’s difficult to win it,” he added.

“If you don’t, we can say in more than 100 years of history (there) were 100 failure seasons for Manchester City. That’s not true.”