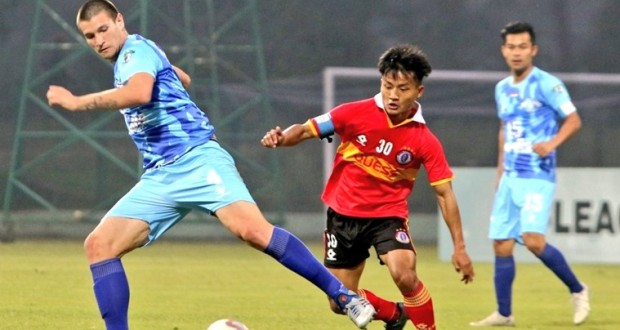 Already out of the reckoning for a playoff berth, East Bengal settled for a 1-1 draw against Punjab FC in their I-League clash here on Thursday.

Liberian forward Ansumana Kromah gave East Bengal a ninth-minute lead with his powerful long-range strike to give the home side a dominating start.

However, they failed to hold on to their lead with attacking midfielder Girik Khosla producing a fine finish after being set up by Sergio Barboza in the 40th minute.

East Bengal kept making inroads with a flurry of attacks in the second-half but Punjab FC defence managed to hold on to settle for one point from their away fixture.

The easiest second-half chance for the red-and-gold came in the 74th minute with Kromah in the frontline once again but it was Anwar Ali who managed to pull off a goal-line clearance.

In their centenary year, East Bengal are enduring a tumultuous phase having started the New Year with a hat-trick of defeats including in the derby that led to the resignation of coach Alejandro Menendez.

East Bengal then bounced back briefly with a convincing 2-0 win over Chennai City but they once again suffered successive home defeats to Indian Arrows and Aizawl FC under new coach Mario Rivera in their last two matches to go out of title contention.