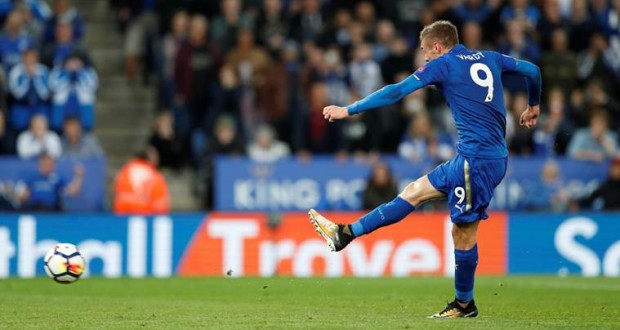 It was feared Vardy would be out for several weeks but Rogers said the forward will be involved at Villa Park after Leicester were held. (Source: vetembaste)

Jamie Vardy, who has scored 17 goals to fire Leicester into third place in the Premier League this season, injured his glute in a 4-1 home win over West Ham United last week.

It was feared Vardy would be out for several weeks but Rogers said the forward will be involved at Villa Park after Leicester were held to a 1-1 draw in the first leg.

“He’s in the squad. He’s worked very hard since his injury last midweek,” Rodgers told a news conference on Monday.

“We’ll give him another full day and see how he is tomorrow before we decide whether he starts or comes off the bench. He’ll certainly have a part to play.

Rodgers, who won two Scottish Cups and three League Cups during his stint at Celtic, is hoping to guide Leicester to their first cup final in 20 years.

“It’s a wonderful opportunity for us,” he added. “We’ve just got to stay calm. There’s lots of emotion around these games but you have to play with emotion and calmness and not overthink it.

“It would be something tangible to show for how hard the players have worked.”