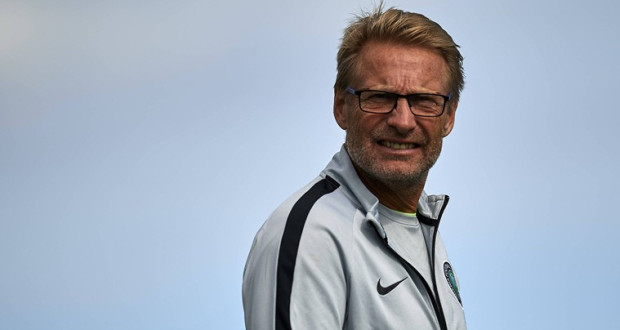 Sweden’s Thomas Dennerby was on Saturday appointed head coach of the Indian women’s team for the FIFA U-17 World Cup, bringing with him plenty of success he had tasted with various national squads.

The 60-year-old UEFA Pro Diploma holder comes with a rich coaching experience of 30 years in which he guided Sweden women’s national team to a third-place finish in the FIFA World Cup in 2011, and a quarterfinal spot in the 2012 London Olympics.

His last assignment was with the Nigerian women’s national team, coaching the Super Falcons to the 2019 FIFA World Cup.

He also helped the Nigerian women win the AWCON 2018, and was awarded the 2018 Coach of the Year in Nigeria.

Sweden are currently placed 5 in the FIFA ranking, while Nigeria are at 36.

Welcoming Dennerby on board, All India Football Federation (AIFF) president Praful Patel said, “Thomas is the right candidate to coach the women’s U-17 team in the 2020 FIFA U-17 women’s World Cup. I am confident that with his vast experience he will be able to implement the technicalities of modern day football among the future generation of Indian women’s football team. I wish him good luck.”

Dennerby thanked the AIFF for making him a “part of the project”.

“It is a big challenge to be coaching the host of the FIFA U-17 women’s World Cup India 2020. I am extremely humbled and grateful to AIFF for giving me the responsibility to groom the team for the World Cup,” he stated.

“There are 12 months still left for the mega event and that with my experience of having coached in World Cups, Olympics, European Championships, I would be able to stitch them into a formidable team. The optimism and cooperation among all in the federation makes me feel we will achieve it together.”

Klas Molin, Ambassador of Sweden to India in his statement said: “Women’s football is important as a sport and as a route to empowerment and equality. We look forward to supporting India on this exciting journey.”

“Thomas Dennerby is a well-known and respected personality in Swedish football — both as an excellent former player, and as a coach. I wish him and India’s promising team and the entire Indian footballing community all the best for the FIFA U-17 Women’s World Cup and beyond.”

AIFF general secretary Kushal Das said, “Thomas Dennerby’s credentials as a coach is sure to add immense value to the players, and the overall ecosystem of women’s football in India.”