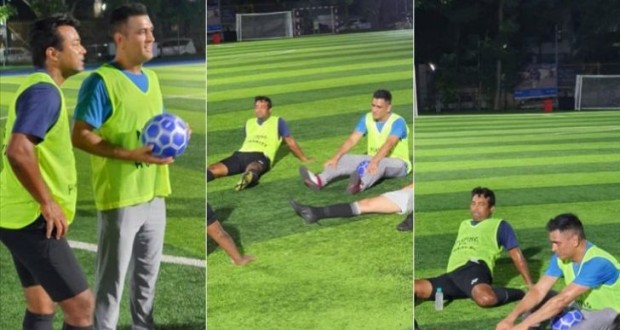 The firm which manages Dhoni, Rhiti Sports, posted pictures of the duo along with several others on Facebook on Monday.
“Captain Cool: MS Dhoni with Indian tennis player Leander Paes in Mumbai for Charity Football Match,” it said.

Although Dhoni and Paes were seen wearing practice jerseys with “Playing for Humanity” written on them in the pictures, the cause of the charity and the date of the match is unclear.

There has been a lot of speculation regarding the wicketkeeper batsman’s possible retirement after he made himself unavailable for the series against West Indies and South Africa.

After coming back from the World Cup, the 38-year-old spent a chunk of the break time serving in the Territorial Army, where he is an honorary lieutenant colonel.